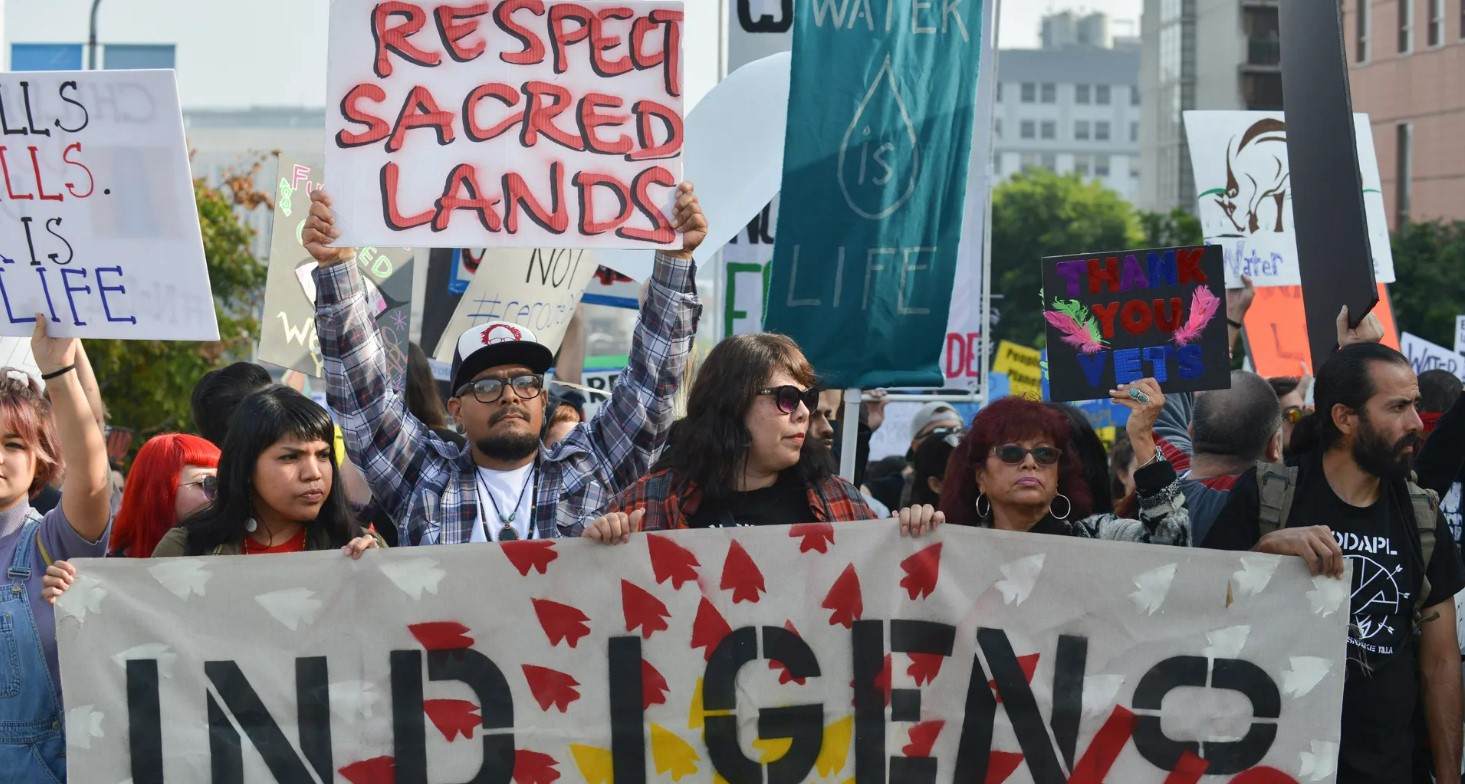 Supporters of the Standing Rock Sioux Tribe and thousands of demonstrators attend a protest against the Dakota Access Pipeline in Los Angeles (USA) on 10 December 2016. Photo: Aydin Palabiyikoglu/Anadolu Agency/Getty Images.

Over time, environmental human rights defenders and climate activists – including Indigenous Peoples and local communities – have shared their challenges with organisations that offer support and protection against threats. New reports analyse the gaps in communication between defenders, donors and supporting organisations and present recommendations on how best to address them

The increase in environmental destruction and violations of Indigenous Peoples’ and local communities’ rights has brought together diverse individuals, organisations and networks to stand up and defend the planet and their rights. These individuals and groups might consider themselves as either land, Indigenous, environmental and human rights defenders (EHRDs) or climate activists. In the course of their work, defenders and activists have experienced risks perpetuated by different actors – from state governments to corporations and paramilitary groups – that are harming the planet and all who depend on it.

According to Global Witness, 2020 was the deadliest year to date for EHRDs and climate activists, with 227 killed in their line of work. An analysis by Frontline Defenders showed that 59 percent of defenders killed in 2021 were working on land, environmental and Indigenous Peoples’ rights.

In Africa specifically, a 2021 report on the African Environmental Defenders Fund revealed that the majority of environmental defenders who were supported through the Fund received multiple threats, including death threats, threats of being arrested and/or threats of being attacked. The report further established that eviction is the second most prominent threat faced by applicants. Other common risks documented around the world include physical attacks, Strategic Lawsuits Against Public Participation (SLAPP suits), judicial harassment, emotional and sexual violence and even death.

Recent reports published by the Alliance for Land, Indigenous and Environmental Defenders (ALLIED, of which the ICCA Consortium and Natural Justice are members) and the Universal Rights Group, with support from Freedom House and the Lifeline Fund for Embattled Civil Society Organisations, focus on the specific challenges and needs faced by EHRDs and climate activists. The two reports, “Understanding and responding to the protection needs of climate activists and movements” and “Supporting Environmental Human Rights Defenders”, present the challenges faced by defenders and share practical recommendations for donors and organisations to better support EHRDs and climate activists.

The reports indicate the following as key observations:

Among the strategies needed to effectively support the work of EHRDs and climate activists are to:

The reports recommended a number of actions to be considered by donors and organisations to increase support for defenders and activists, including to:

“The next step is for human rights, environmental protection, security and climate activism funds and organisations to work together in a coordinated way to increase protection for environmental and climate defenders. This may not require creating new funds and structures, but rather increasing the capacity of those that already exist and devising effective mechanisms for their coordination and collaboration.”

— Excerpt from “Strengthening support for environmental and climate defenders: New reports present recommendations to donors and civil society organisations”, a briefing note on the two reports published by ALLIED and Universal Rights Group.

Alert: Maasai in Tanzania are being forcefully evicted from their ancestral lands