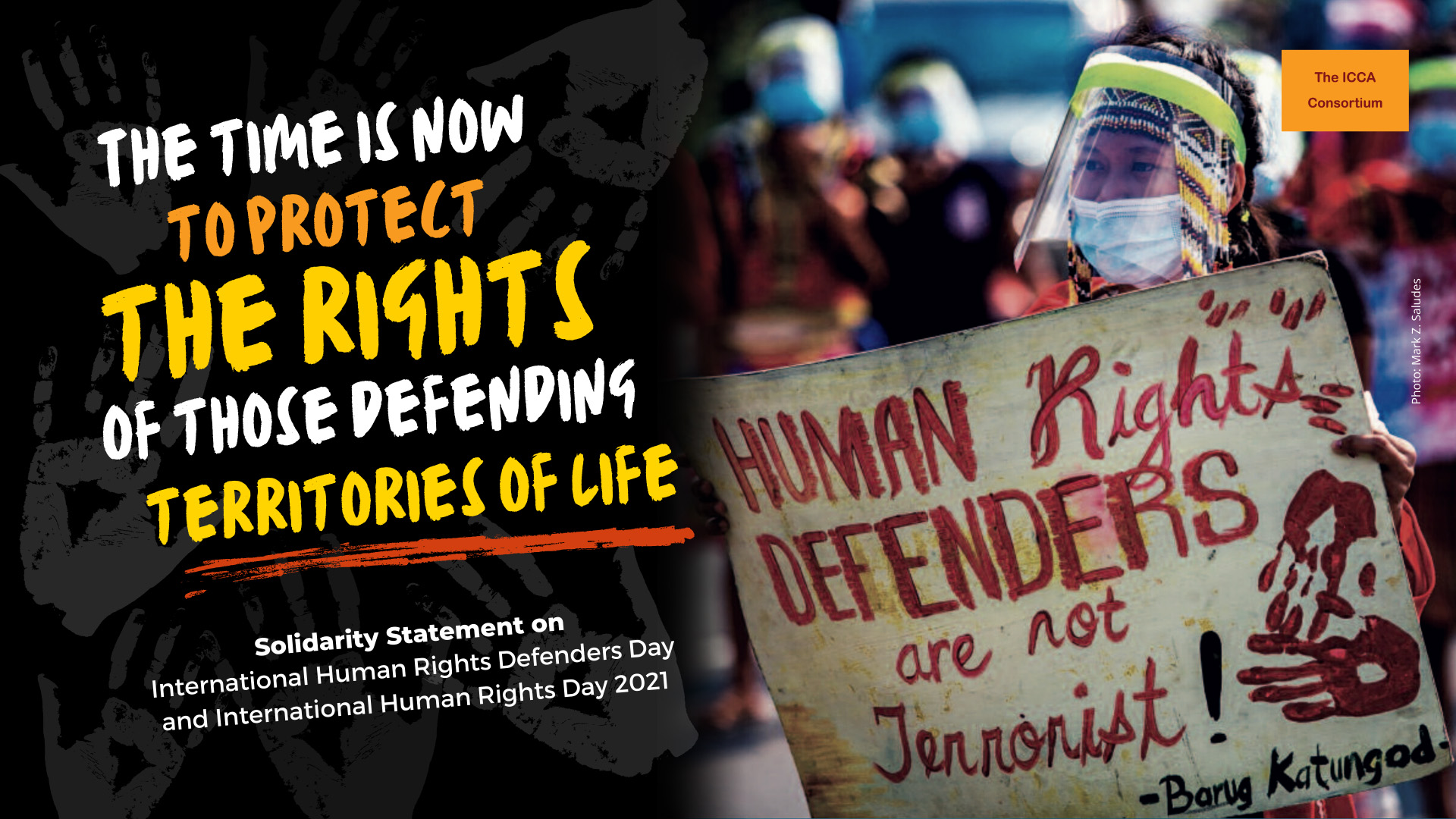 This year’s commemoration comes during the continuing COVID-19 pandemic, which has exposed many defenders to attacks and violation of their rights and those of their communities. In their latest annual report on the killings of environmental and human rights defenders, Global Witness recorded the killing of 227 people through lethal attacks by businesses and governments. These killings are associated with, among other threats, sexual violence, threats to families, surveillance, and criminalization. However, the full extent of how many defenders are intimidated, harmed and killed in a year is unknown, since many cases are not reported.

Indigenous Peoples and local communities defend their territories of life for many reasons, including cultural heritage, ancestral connection, and their very identity. Their deep sense of responsibility to Mother Earth and pursuit of sustainable self-determination, which in turn benefits all of humanity, has often been deemed ‘anti-development’ by companies and governments that are focused on short-term profits above all else. Brutal attacks on the leaders and communities on the frontlines who are confronting and resisting activities that could harm that and their territories of life have led to the loss of lives, forceful evictions, and more broadly, cultural genocide through forced assimilation.

The ICCA Consortium extends our solidarity to all who are, despite all odds and with great resilience, continuing to fight for the rights of Indigenous Peoples and local communities and the future of our planet. We solemnly remember and stand strongly with those who have lost their lives and loved ones at the hands of brutal attackers while defending their communities and territories and the planet. It is too high a price to pay and cannot be ignored, tolerated or forgotten.

“There may be times when we are powerless to prevent injustice, but we never give up and never retreat. We will keep pushing forward and we will do what we have to do. It is life. Be strong and keep going, then support each other.”

Although Indigenous Peoples and local communities play an outsized role in protecting and sustaining biodiversity and nature, their rights have been violated in the name of conservation through top-down and exclusionary approaches, also referred to as “fortress conservation”. In Kenya, conservation projects have led to several evictions of the Sengwer Indigenous Peoples of Cherangany Hills from Embobut forest. The defenders of this community have been targeted and attacked, with one person even killed.

Countless activists and communities around the world have had to place their lives in peril to protect their lands and territories of life. However, there are signs of hope and change. Under the leadership of Nemonte Nenquimo, the Indigenous Waorani sued the Ecuadorian government, which led to a historic ruling protecting 500,000 acres of Waorani territory and Amazonian rainforest from oil exploration and extraction. Communities from India to Nigeria and Northern Europe are not only resisting the acute threats of mining, logging and so-called ‘green’ energy, but they are also standing up against systemic injustices and the false pursuit of continual economic growth.

International support is growing as well, albeit within the limitations of the nation-state multilateral system. In her recent statement to COP26 of the UN Climate Change Convention, the UN High Commissioner for Human Rights called on businesses and governments to adhere to their human rights obligations in addressing climate change issues. In the sister negotiations under the UN Convention on Biological Diversity, there are growing calls to place human rights at the center of the new global biodiversity framework, including in the context of protected and conserved areas. In October 2021, the UN Human Rights Council recognized for the first time that having a clean, healthy and sustainable environment is a human right, a collective effort to which several ICCA Consortium Members and Honorary members contributed over many years.

Despite many challenges and continuing violations of human rights by both industrial and conservation interests, there is an undeniable groundswell of Indigenous Peoples and local communities who are defending their territories of life, and an intertwining of movements and struggles – creating a powerful tapestry of resistance, solidarity and transformative change.