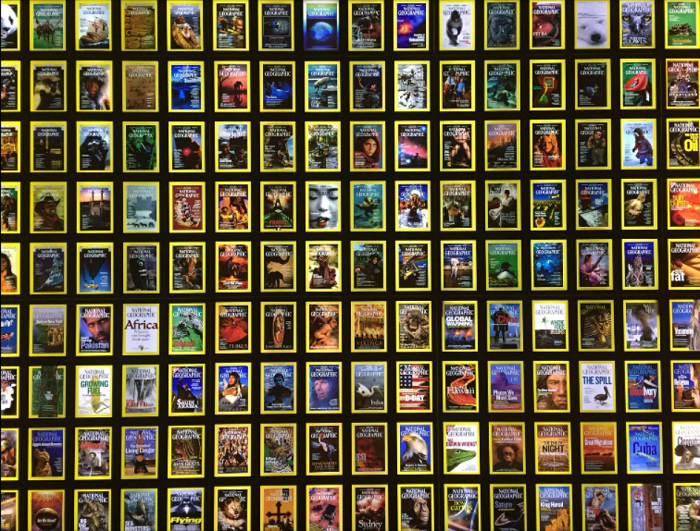 The bright yellow rectangle is one of the most recognisable logos in the world. For many, it is synonymous with mesmerising images of nature and cultures around the world. For others, it has framed the career highlights of groundbreaking scientists such as Jane Goodall and Sylvia Earle. Founded in 1888, the National Geographic Society is arguably one of the world’s most iconic scientific, educational and communications organisations focused on the world around us.

Although the Society has largely remained outside of policy issues to date, it is now throwing its weight behind a major campaign to influence the UN Convention on Biological Diversity (CBD)’s post-2020 global biodiversity framework (a process in which the ICCA Consortium is actively involved – see “The Journey to Kunming: Advocating for territories of life in the post-2020 global biodiversity framework”). The Wyss Foundation and National Geographic Society have partnered on the Wyss Campaign for Nature, which aims to protect 30% of the planet by 2030 and is backed by a $1-billion pledge by Swiss entrepreneur and philanthropist Hansjörg Wyss.

Unsurprisingly, there are diverse views on what is needed to sustain the planet and all life and ecosystems on it and what CBD Parties should commit to achieving in 2020. Many of the world’s largest conservation organisations are focusing their campaigns primarily on spatial targets – whether 30% or 50% of the planet – for protected and conserved areas. However, there are many critiques of and concerns with such targets. For example, governments may be spurred into action to meet them for the sake of international recognition, but sometimes they overemphasise meeting the area-based coverage without ensuring counterpart recognition and support, often creating more complications and grassroots conflicts in the process. Furthermore, no such global targets can be achieved without appropriately recognising the significant contributions of indigenous peoples and local communities to conservation – and certainly not through the establishment or expansion of top-down protected and conserved areas that exclude the peoples and communities who are on the frontlines of protecting and conserving nature. More broadly, there are growing calls for a “Whole Earth” approach, including reforming our economies and restoring degraded ecosystems. Panel session on women in conservation during the National Geographic Explorers Festival, including a representative from the Maasai talking about community conservancies. Credit: Holly Jonas.

The ICCA Consortium has been engaging informally with the National Geographic Society since the “Space for Nature” symposium in February 2018, identifying grant opportunities for ICCA-related activities and building the groundwork for a collaborative initiative on the roles of indigenous peoples and local communities in nature conservation.

As part of this growing relationship, two representatives from the ICCA Consortium (Paul Sein Twa, on behalf of Member KESAN, and Holly Jonas, on behalf of the Secretariat) participated in a roundtable on “Scaling Community Conservation”, held in conjunction with the National Geographic Explorers Festival in June 2019 in Washington, D.C. Convened by the director of National Geographic Society’s Being Human Initiative, the roundtable aimed to guide how the Society supports community-led conservation and discuss how best the Society can make a meaningful contribution to the involvement of indigenous peoples and local communities in custodianship and protection of the natural world. Part of the roundtable aimed to shape the messaging of the so-called ‘30 x 30’ Campaign for Nature. The “Scaling Community Conservation” roundtable had the following four objectives:

The participants included several National Geographic Explorers who work closely with indigenous peoples and local communities as well as key partners and allies. The discussion was productive and progressive, with strong consensus around the need to (a) revise the 30 x 30 campaign and messaging to be more inclusive and representative of indigenous peoples and local communities and their concerns and (b) ensure the National Geographic Society respects and supports in tangible ways the rights, responsibilities and priorities of indigenous peoples and local communities in conservation, including beyond the CBD process. The ICCA Consortium Secretariat is assisting the Being Human Initiative to prepare the roundtable report and will share more information here as it becomes available.