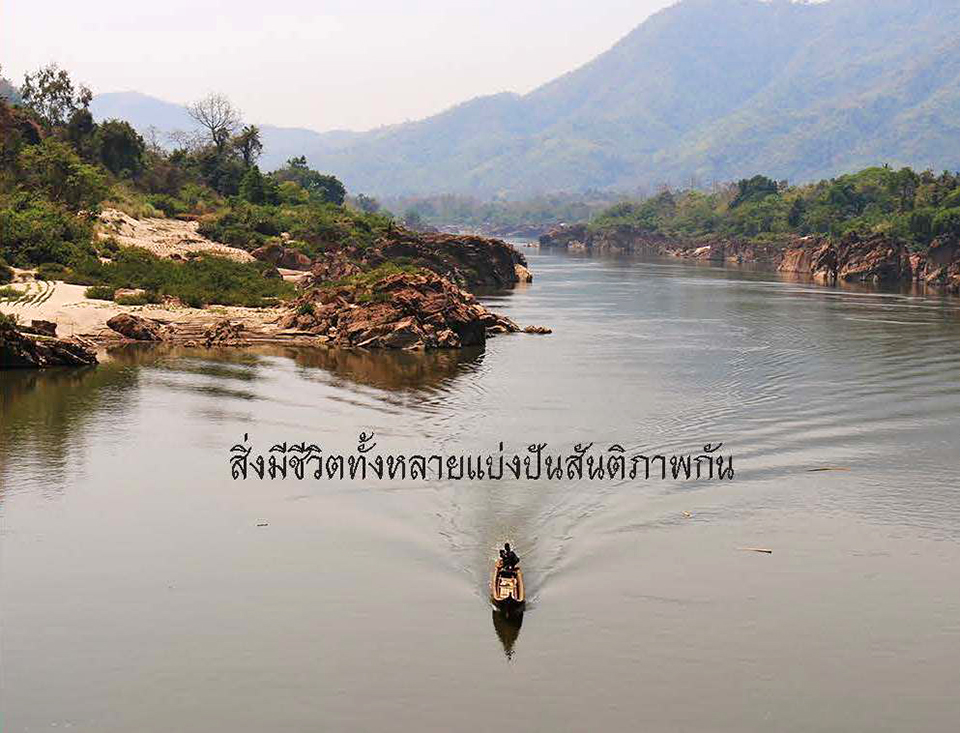 Karen environmental leader Paul Sein Twa took part in the recently concluded Twentieth Session of the UN Permanent Forum on Indigenous Issues. He spoke as a panelist in a side event titled “Indigenous peoples’ inland small-scale fisheries for healthy food systems.” This article is an adaptation of his speech

Passed down from generation to generation through traditional hta poetry, we, Karen people, have many sayings about our relationship with our territory. One of my favorite sayings is about ”the balance.”

This hta poem presents two core values: holism and balance. These values are ever-present in the daily lives of Indigenous Karen people. For centuries these values have been at the center of our stewardship of Kawthoolei, our ancestral territory in eastern Burma. Indigenous Karen passionately believe that our health and prosperity are inseparable from that of the natural world around us. Animals, plants, mountains, and forests are members of our communities; we must care for them as such and afford them the same respect we give each other. The Karen have a holistic worldview where everything is interconnected. Complex systems are binding together people, nature, and the spirits living within. This is reflected in the traditional Kaw system, which comprises simultaneously an ancestral territory and the lives, livelihoods, and social structure of the community living within its boundaries. Flowing through all of this, and binding it together, is water. Water ceremonies play a key role in annual harvests and planting seasons, and communities regularly meet on the banks of Kawthoolei’s lakes and streams to hold prayer ceremonies and celebrations. The health of local water systems plays a significant role in the prosperity of the communities. It is not uncommon for communities from several Kaw territories to work together for sustainable governance ponds and streams.

Governance of aquatic commons includes rules and regulations on fishing, planting, forest management, and conserving fish spawning zones. Management of access to riparian areas based on seasons and the natural lifecycle of local wildlife is also a critical part of Kaw governance. Karen communities use their Indigenous knowledge, evolved over generations, to pursue adaptable and sustainable livelihoods and aquaculture systems that promote a healthy natural environment. Thus, inland water sources, streams, and waterways support livelihoods and promote good relations and effective cooperation between communities.

Sustaining and defending the aquatic commons in Salween Peace Park

Karen Environmental and Social Action Network (KESAN) has been working with village communities in several areas in Kawthoolei for years. KESAN helps communities to map their territories and document Indigenous rules and regulations for fish conservation zones. Mutraw and Hpa-An are two of Kawthoolei’s administrative districts. Since 2017, we have worked with 654 households of fifteen communities in these districts. These communities are seeking to strengthen their fish conservation zones or establish new ones. Villagers gather before a fish conservation ceremony in the Mutraw district of Karen State. Such initiatives are co-organized by KESAN and attended by villagers, including students, children, teachers, religious leaders, local community leaders, and local authorities. Photos: KESAN

Most of these fish conservation zones are in watershed areas and make a vital contribution to the health of the whole landscape. Community members have told us that after establishing the fish conservation zones, they saw the water quality in the area improve significantly, and the populations and size of fish outside of the zones increase. These zones have also contributed to conserving the watersheds. Local rules and regulations have often stipulated that surrounding vegetation must be left intact to protect the waterways and provide safe areas for fish to spawn. Communities have begun to discuss the establishment of limited-use fishing zones, where conservation and sustainable use are combined.

They also plan to establish a wider learning and communications network to bring together Indigenous knowledge and scientific principles to build resilience for their ancestral territories and livelihoods in the face of the growing global climate crisis. In Mutraw district, this is being facilitated by the Salween Peace Park, a community governed Indigenous and wildlife conservation area that was established in 2018. After seventy years of armed conflict, the powerful Indigenous initiative was declared by 348 Indigenous Karen villages to bring peace and harmony. It encompasses 5,485 square kilometers (nearly 1.4 million acres) of the Salween River Basin, including 139 demarcated Kaw, 27 community forests, four forest reserves, and three wildlife sanctuaries. The Salween Peace Park is an Indigenous declaration of hope and a bold vision to fulfill three core aspirations of the Karen people: peace and self-determination, environmental integrity, and cultural survival.

At the core of the Karen approach to water is the promotion of life. Water and aquatic biodiversity give life to Karen communities, and it is thus vital to return that favor and protect them. For decades, though, Karen communities have had to stand up against the Myanmar government and military, who view water only as a source of profit. Projects such as the 1200MW Hatgyi dam are planned on the Salween River, one of the last free-flowing rivers in Asia and a lifeblood for Karen people and ecosystems of the region.

These projects threaten the sustainable fisheries and fish conservation zones of thousands of Karen families with irreversible damage. Unlike Karen approaches to water sources, these projects throw ideas of holism, balance, and life out of the window in favor of the financial profit of the few. They have also acted as a flashpoint for violence against Indigenous peoples, which has seen a resurgence since the Burmese military stole power in a coup d’état in February 2021. In contravention of the bilateral ceasefire agreement of 2012 and the nationwide ceasefire agreement of 2015, the Burmese military has been conducting widespread targeted attacks on civilian populations. On the 27th of March 2021, a series of airstrikes were launched against villages in Mutraw district. This has been followed by a large influx of troops into Indigenous Karen territories and the firing of mortar shells into villages and agricultural areas. It is currently estimated that about 40,000 community members have been displaced from their ancestral homes. While there is a coordinated effort by Karen civil society and local government to support communities, who have been forced to flee their homes, there is a growing need for regional and international support. It is vital to condemn the actions of the Myanmar military and to support the efforts of legitimately elected government representatives, civil society, and ethnic governance organizations, and ethnic communities.

We, Karen, have faced over seventy years of war and the challenges of changing global weather systems brought about by the climate crisis. Throughout these times, in the face of such adversity, ethnic Karen communities across Kawthoolei have continued to nurture and protect our lands, waters, and forests. Indigenous knowledge offers an invaluable perspective on the integration of conservation and sustainable stewardship in the governance of inland open water bodies, streams, and watersheds. The Karen communities of Kawthoolei demonstrate practices and livelihoods that are sustainable, egalitarian, adaptable to new scientific developments, and resilient to all kinds of pressures. We call on policymakers at all levels to take the lessons offered by our traditional hta to heart to recognize and protect and promote the rights of Indigenous peoples so that we, as societies, can share in holism, balance, and life.

A recording of the event on FAO’s YouTube channel

Note: The side event took place during the Twentieth Session of the United Nations Permanent Forum on Indigenous Issues in April 2021. It showcased the environmental, socio-cultural, economic, and governance dimensions of Indigenous peoples’ inland fisheries in informing the upcoming 2021 UN Food Systems Summit, as well as the creation of a pathway for the inclusion of Indigenous peoples in the celebrations of the International Year of Artisanal Fisheries and Aquaculture in 2022.