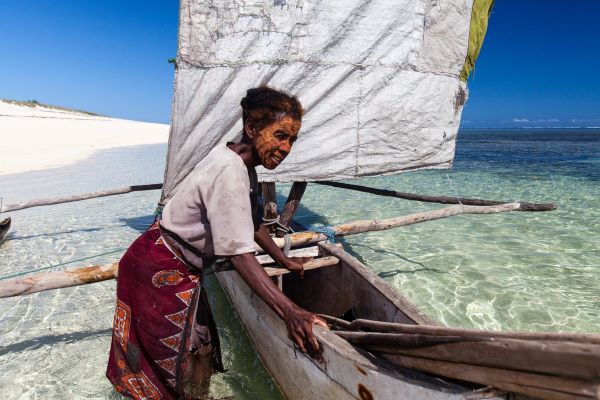 Every year on 8 June, World Oceans Day celebrates the role of the oceans in our everyday lives and inspires action for their protection, conservation and sustainable use. As of early 2020, the ICCA Consortium had planned to support a delegation of Indigenous and community representatives to the UN Oceans Conference in Lisbon, Portugal, under our new grant from the Oak Foundation, but all international travel and UN processes have ground to a halt during the pandemic. Instead, several ICCA Consortium Members and Honorary members commemorated World Oceans Day through international and national online events and contributing to media coverage. A selection of these actions is shared below.

Too Big to Ignore’s “Small is Bountiful” online event

Too Big to Ignore, a global research network that focuses on small-scale fisheries, organised a week-long event called “Small is Bountiful”. ICCA Consortium Members and Honorary members participated in the following sessions: ArtFest image © Too Big to Ignore.

Blue Ventures was delighted to be one of the organising partners for this highly successful event and also contributed to the Small Scale Fisheries ArtFest, a compilation of songs, dance, photos, drawings and short films contributed by communities, organisations, research groups from around the world to celebrate the values and importance of small-scale fisheries and to bring awareness about issues and challenges they are facing. All of the “Small is Bountiful” events are available in playlists on Too Big to Ignore’s YouTube channel.

The ICCA Consortium is a project partner of the One Ocean Hub, a research initiative that bridges law, science and policy in responses to the urgent challenges facing our oceans. The Hub organised a series of online events for World Oceans Day, including the session “Customary Laws of the Sea and the Legacy of Colonisation” (view the recording on YouTube), which explored how the interplay between law and the customs, fishing practices and collective rights of Indigenous peoples has shaped and continues to shape national and international approaches to the conservation and sustainable use of the ocean. During this session, One Ocean Hub researcher Jackie Sunde (ICCA Consortium Honorary member) gave a presentation on “Decolonising Marine Governance and Law: Contributions from living customary law along the coast in South Africa”.

National event with fisherwomen and fishermen in Costa Rica

On World Oceans Day 2020 in Costa Rica, the National Network of Marine Areas of Responsible Fishing and Marine Territories of Life and CoopeSoliDar R.L. organised an online event with fisherwomen and fishermen to underscore the essential role of small-scale artisanal fishing. This network is comprised of 22 diverse organisations from the small-scale artisanal fishing sector, including Marine Areas of Responsible Fishing, communities of marine management areas, Indigenous peoples, Afro-descendant communities and mollusc gatherers, among others. Its purpose is to work in accordance with the FAO Voluntary Guidelines for Securing Sustainable Small-Scale Fisheries in the Context of Food Security and Poverty Eradication, and to advance the fulfilment of rights from a self-management perspective.

Recording of the World Oceans Day event in Costa Rica (in Spanish only) © CoopeSoliDar R.L.

Nirlady Artavia, a fisherwoman from Southern Costa Rica who moderated the online event, highlighted the Network as an example of a collective effort to support local organisations of fisherwomen and fishermen to present their ideas, needs and actions in defence of their rights. María Teresa Williams, from the Caribbean coast, shared about Afro-descendant women’s relationship with the sea and the difficulties in securing state recognition of ancestral rights for the sustainable use of marine resources.

Aaron Chacón, son and grandson of fishermen from the Tárcoles community in the Pacific of Costa Rica, is supporting CoopeTárcoles R.L to develop a traceability system for a fairer and more equitable market. As a young man himself, he demonstrates how young people can support their fishing communities with education and technology. David Chacón, president of CoopeTárcoles R.L, shared that COVID-19 has had a significant and unfair impact on communities engaged in small-scale artisanal fishing in coastal and marine areas. However, positive solidarity actions developed within the framework of fairer markets and continued efforts to implement the Voluntary Guidelines on small-scale fisheries have enabled them to continue facing the reality of the pandemic.

READ MORE: “Solidarity, empathy and hope of small-scale artisanal fishing communities in Costa Rica in the situation of COVID-19: Actions and learning in the face of an emergency situation” – CoopeSoliDar R.L., May 2020 (Spanish only). María Carrillo, co-coordinator of the Network, spoke about the importance of having an identity linked to the sea but also of decent work in the sector © CoopeSoliDar R.L.

Kuaʻāina Ulu ʻAuamo (KUA, ICCA Consortium Member) is a mechanism to empower, organise and mobilize rural and Native Hawaiian community-based natural resource management movement network. KUA’s genesis began with fishers’ desire to care for the ocean. KUA and community network partners in Hawai’i have demonstrated their leadership on responses to and recovery from COVID-19 by contributing to several news articles and commentaries (see below). Many of the networks’ and participants’ projects have a vision that extends from ridge to reef.

In addition, as part of a response to the impacts of COVID-19 in Hawai’i, KUA did a brainstorming of ideas called: “Post-COVID-19 Working List of Ideas for Pathways Toward an ‘Āina Momona Economy”. According to the executive summary, these ideas “were gathered to pool energies, inspire dreams, to encourage action and dialogue on Hawaiʻi’s future for generations to come. It is also evidence of voices for Hawaiʻi’s mālama ʻāina practitioners and advocates in this challenging time. These ideas are grown from and guided by Hawai’i’s lands, waters, and the home culture of this unique place.” Learn more by reading the working list.