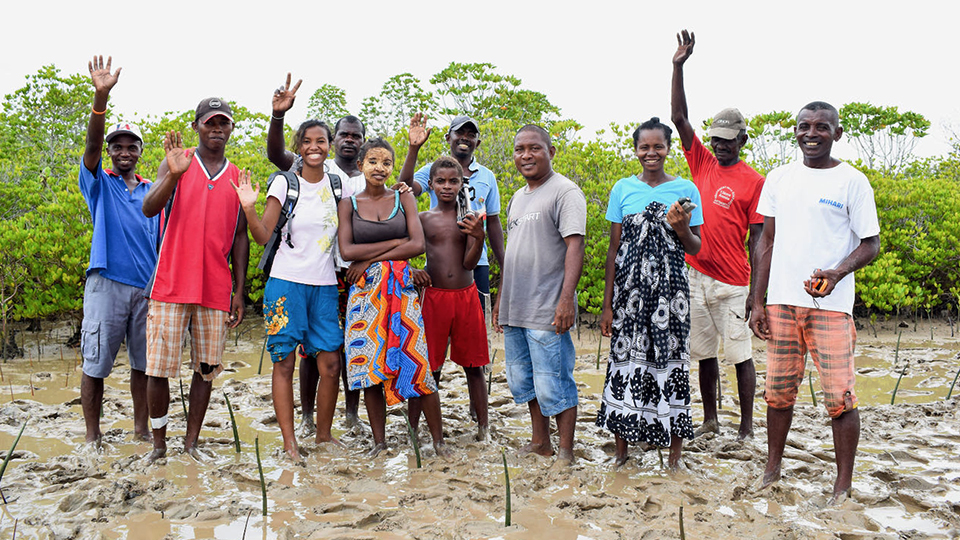 “When you take care of the land, the land takes care of you.”

In diverse contexts around the world, Indigenous Peoples’ and local communities’ identities, cultures and ways of life are intertwined with the health of our collective lands, waters, and territories. We do not necessarily set out to ‘conserve’ for the sake of it, as someone who sets out to ‘save the whales’ might do. We do so as a matter of identity, wellbeing, collective care and reciprocity – both within and between our communities and with all other forms of life on Earth. Our conservation is based on knowledge and institutions that have been passed on through generations and are part of our living cultures and governance structures. This goes far beyond the parameters of international conventions and the rights negotiated by nation-states on our behalf.

We deserve to be respected, recognised, and supported in diverse ways, according to our unique contexts and circumstances and self-determined priorities. We share many commonalities, particularly the unbreakable bond and commitment to sustain and defend our territories of life and ensure a healthy, safe and a sustainable planet for generations to come. At the same time, we face many complexities and harsh realities, and we bear the weight of structural and systemic injustices and intergenerational trauma.

In the final stretch of UN negotiations of the post-2020 global biodiversity framework, the time is now to recognize Indigenous Peoples and local communities as central to sustaining the diversity of life on Earth. One of the best opportunities to turn the tide of interconnected planetary and social crises is to listen to, respect, and appropriately recognise and support Indigenous Peoples and local communities. It is in this context that we would like to reflect on an important issue.

We have read with compassion and concern the recent reports and recommendations of Indigenous rights bodies in the UN system and statements of select Indigenous organisations about the conflation of “Indigenous Peoples” and “local communities” in international law. This is a topic of growing relevance and importance for our membership. It is not a ‘black and white’ issue, is by no means ‘settled’, and comes with many layers and complexities that deserve to be considered with great care, sensitivity, and nuance. This is especially critical given the intersecting crises, including the accelerated destruction of our territories of life and the need for a massive combined effort.

In the context of nation-state and multilateral legal systems, it is true that we must be very careful and intentional about the words we use. Certain identities and group-specific rights cannot and should not be conflated with each other. We celebrate diversity in all forms, and reject the tendency to homogenise or ‘flatten’ the beautiful complexity of human expression and experience.

At the same time, it is also true that international rights recognised by nation-states are, by definition, negotiated. They are dynamic, not static or guaranteed. They are simultaneously aspirational, a minimum standard, and a constant site of struggle for power and recognition, often fraught with contradictions, biases, and ideological factions.

For many decades, Indigenous Peoples have shown incredible fortitude and leadership in advocating for international recognition of their rights through nation-state and multilateral systems. In particular, the lengthy process to negotiate and finally adopt the UN Declaration on the Rights of Indigenous Peoples (UNDRIP) in 2007 is a formidable achievement that set a new high-water mark for international recognition of individual and collective rights. This has had an untold ripple effect on recognition of other group-specific rights, helping to ‘raise the tide’ for others in pursuit of peace, dignity, and wellbeing for all.1

Following from this powerful legacy, we honour the reality that international recognition of group-specific rights is not a zero-sum game. We are collectively advocating for the expansion and deepening of opportunities for all rights-holders to be appropriately recognised and supported, including in unique and specific contexts.

While each community struggle is unique, international recognition of one group’s rights should not come at the expense or to the exclusion of another group’s rights – especially when both groups are sustaining the diversity of life on Earth, and both groups are systematically marginalised by nation-states and mainstream society. At a time of increasing division and polarisation, racism and xenophobia, we must continue to advocate for all rights-holders to speak for themselves and be part of decisions that affect them, while respecting others with unique circumstances and striving to lift up everyone towards equality and dignity. We must seek common ground and connection, and support each other in solidarity and with respect, including respect for our differences as we learn from the ancient wisdom that is being passed on and so crucial for the future of humanity.

Indigenous Peoples and local communities are collectively on the frontlines of the planetary and social crises. Yes, we have important differences – and these differences should not be ignored or dismissed. However, our commonalities unite us in ways that far surpass the limitations of these differences and compel us to seek even more connections and alliances.

We must continuously return to and renew our core values and principles of reciprocity, respect, solidarity, dignity, empathy, and collective care. This is not easy work, but we must be prepared to rise to the occasion as the world increasingly turns to us – as custodians and guardians of territories of life – to provide wisdom and guidance on how to heal our species’ relations with each other and with Earth.

We call on all who are willing to do so to engage in honest and respectful exchange and dialogue about these issues, and to come together in solidarity and unity in our common causes. We have much more work ahead, and we’ll need as many open hearts, minds, and hands as possible.

1 The FAO Voluntary Guidelines on the Governance of Tenure of Land, Fisheries and Forests (2012), the UN Declaration on the Rights of Peasants and Other People Working in Rural Areas (2018), and several decisions of regional and national courts and commissions on human rights have been informed and influenced by UNDRIP, and continued to build on it to expand the scope and nature of rights of marginalised communities in diverse contexts. We must also recognize the international efforts that preceded UNDRIP and that contributed strongly to its formulation, such as the Convention 169 of the ILO (1989) and the Convention on Elimination of Racial Discrimination (2001). All of these advancements in turn contribute to furthering the recognition of rights.

Note: The ICCA Consortium (www.iccaconsortium.org) is a membership-based association that serves the local-to-global movement for territories of life. Our membership consists of Indigenous Peoples and Nations, local communities who do not self-identify as Indigenous, and their supporting networks, federations and civil society organisations. All are united in the common mission of supporting territories and areas conserved by Indigenous Peoples and local communities – abbreviated as “ICCAs” in some contexts and more commonly as “territories of life”.