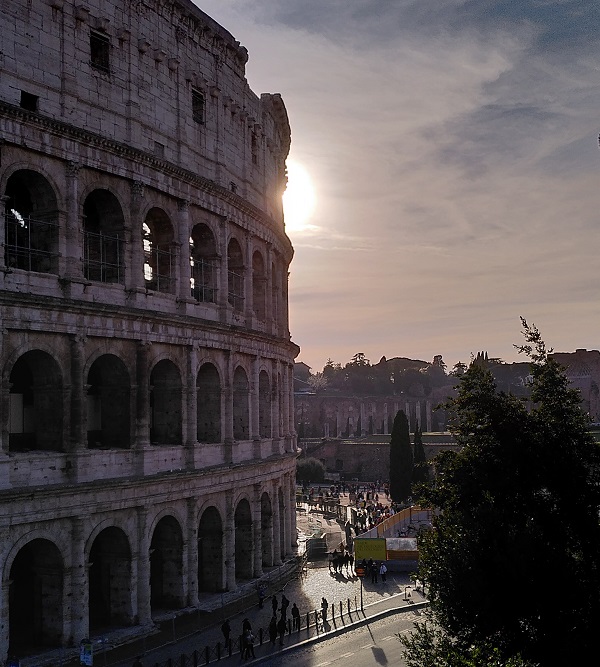 After a late-stage venue change from Kunming to Rome, jittery delegates managed to focus on negotiating the zero draft of the post-2020 global biodiversity framework in the same week that COVID-19 sadly began to take hold in Italy.

This is the third update on the UN Convention on Biological Diversity (CBD) process to develop the post-2020 global biodiversity framework. For the first update, focusing on the regional and thematic consultations held up to May 2019, see: The Journey to Kunming: Advocating for territories of life in the CBD post-2020 global biodiversity framework. For the second update, focusing on the first meeting of the post-2020 working group, see: The Journey to Kunming (Part II): Indigenous peoples and local communities make their voices heard in first official meeting of post-2020 process. Subsequent updates will be shared on the ICCA Consortium’s website as the process develops.

At the dawn of 2020, Indigenous and community leaders, conservation NGOs and government officials alike readied themselves for a busy year ahead for international diplomacy. Dubbed the “super year” for nature and biodiversity, 2020 was touted as one of the last opportunities for governments to stand on the right side of history. A tightly packed schedule of UN negotiations and high profile events aimed to build political will and momentum for the October adoption of an ambitious 10-year plan – known as the post-2020 global biodiversity framework – with no less than the future of life on Earth at stake. However, the devastating spread of the COVID-19 pandemic in the first few months of the year has required the cancellation or postponement of all in-person events for the foreseeable future, throwing into question the trajectory of the post-2020 process.

The second round of Convention on Biological Diversity (CBD) negotiations on the post-2020 framework took place just before most of the world was shuttered. The meeting was originally slated for the end of February in Kunming, but as COVID-19 began to take its deadly toll in China in January, it became clear that a major international gathering could not proceed as planned. The CBD Secretariat decided to move the meeting to the FAO headquarters in Rome, which was still a seemingly safe haven at that time. Little did we know that Italy would soon become the next epicentre.

We scrambled to organise Schengen visas and travel arrangements in record time for our multi-country delegation, including Indigenous and community representatives from our Members in Nepal, Madagascar and Tanzania. Most of us arrived on 22 February for preparatory meetings and we were due to depart more than a week later after the negotiations concluded. This coincided precisely with the first outbreaks in the north of Italy. As the infections spread closer to Rome with each passing day of the CBD meeting, the UN staff did a fantastic job keeping everyone informed and as safe as possible. Daily briefings by the FAO’s medical team, temperature checks at the building entrance and obsessive monitoring of the latest COVID-19 statistics were a taste of things to come. Early in the week, we offered our delegates the choice to change their flights and return home early, as many delegates from large NGOs and UN agencies had already done, but they all decided to stay until the end of the negotiations. They did an incredible job, participating enthusiastically in caucus meetings for Indigenous peoples and local communities, youth, women and civil society, speaking with government representatives and helping draft and deliver oral statements late into the nights. Several Parties (governments) supported statements advocating for key issues of concern to Indigenous peoples and communities and civil society more broadly, including a strong focus on human rights and environmental defenders.

When our delegates began their journeys home, many faced flight changes or cancellations as airlines and countries began restricting transit links with Italy. Our team from Madagascar even had to undergo a mandatory two-week precautionary quarantine in hospital – but most importantly, everyone returned home safely. Just over a week later, the WHO declared the COVID-19 outbreak as a pandemic and the world as we know it changed drastically.

Needless to say, it is surreal to think back to January and February, when COVID-19 was still largely contained to just one country. At the time of writing, it has spread to nearly every country on the planet and more than half of the world’s human population is on some form of lockdown. Millions of people have been infected and hundreds of thousands have died of coronavirus complications. Hundreds of millions more face severe shortages of water, food, shelter, health care and basic income. We may be facing a global economic recession worse than the Great Depression, with massive disruptions to food systems and flows of goods and services. Although COVID-19 does not discriminate, our societies do; the deep inequalities entrenched through decades of structural violence, including for many Indigenous peoples and local communities, have only been further exacerbated by this pandemic.

The prospect of the UN adopting the post-2020 global biodiversity framework this year now seems to be a distant reality, and certainly not a pressing concern of governments and citizens alike during a pandemic. However, the fundamental need to stem the tide of capitalist greed and overexploitation of species, habitats and the biosphere as a whole has never been clearer. The post-2020 process remains vitally important even though the timing over the coming months is now uncertain. The ICCA Consortium will continue to prioritise the health and wellbeing of our Secretariat and Members while also advocating in public narratives and decision-making processes for the system changes needed to help Mother Earth – and us – heal.

The following video and photos help illustrate the experiences of the ICCA Consortium’s delegation at the 2nd meeting of the Open Ended Working Group on the post-2020 global biodiversity framework in Rome, Italy. We participated in several preparatory workshops and caucus meetings starting on 20 February and the official negotiations from 24-29 February. 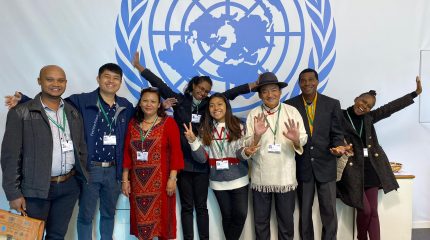 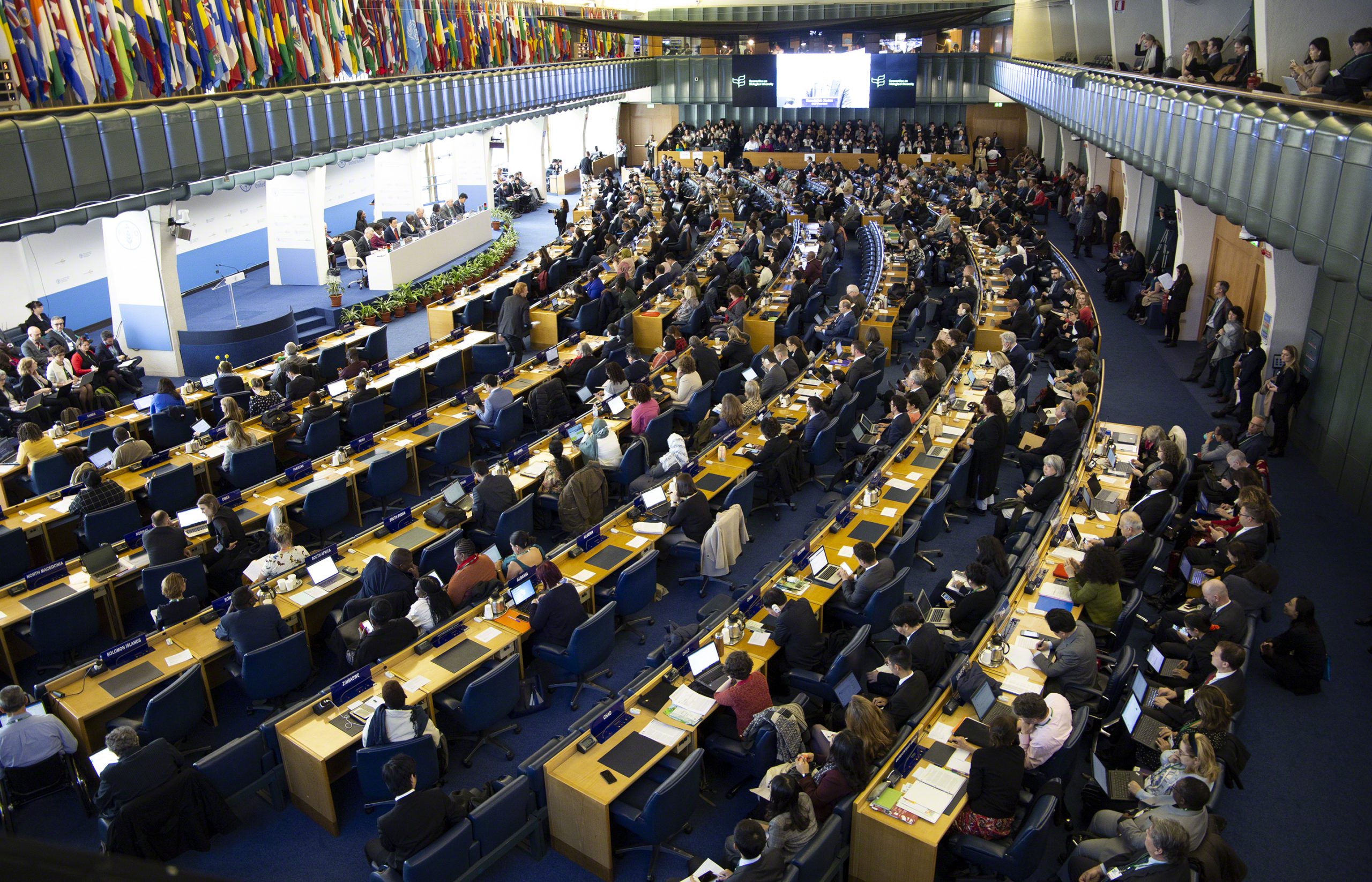 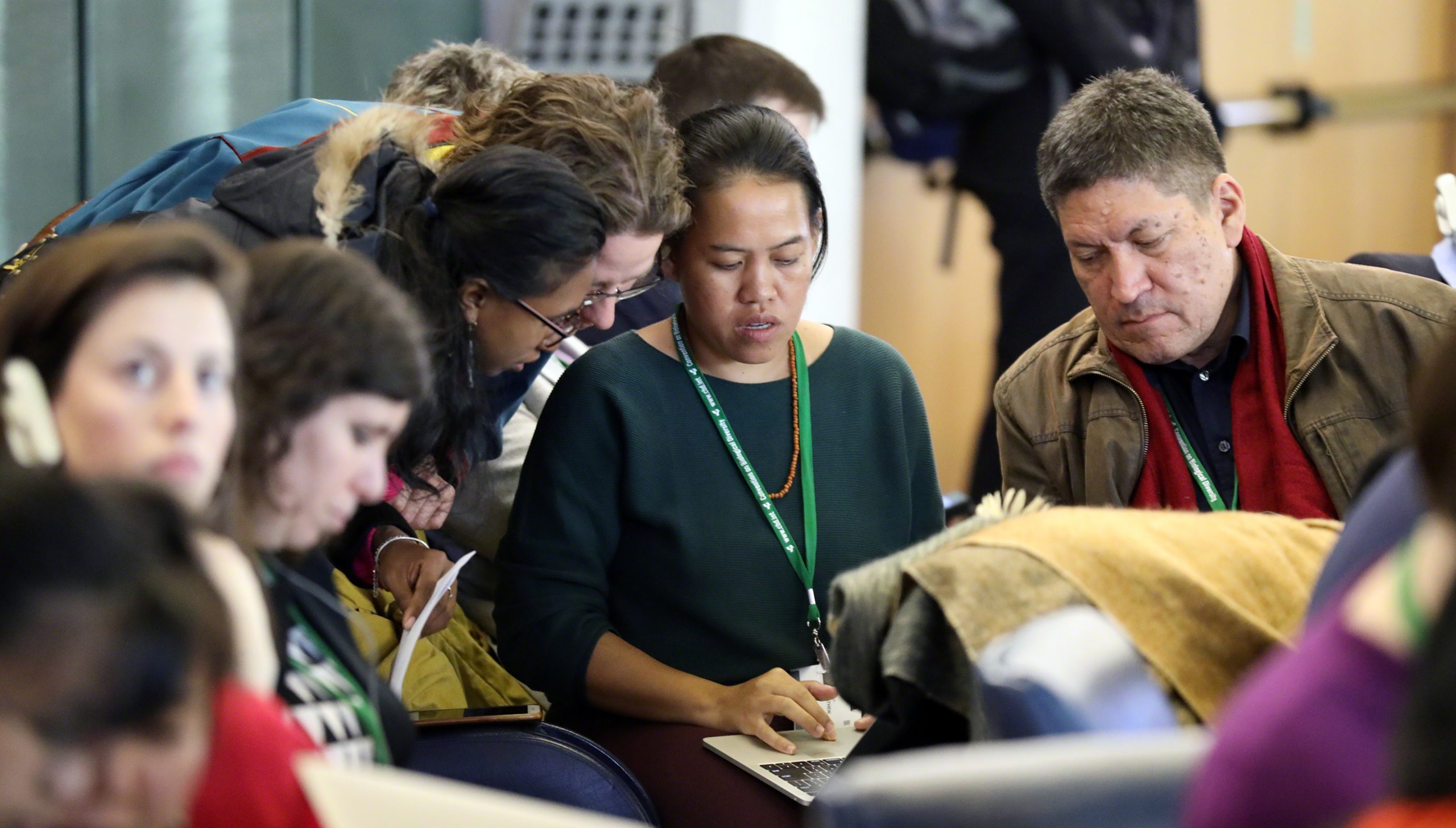 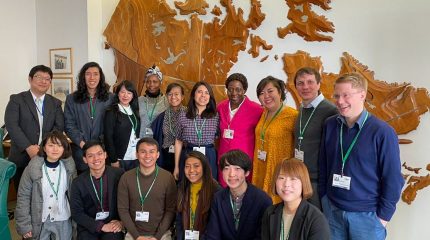 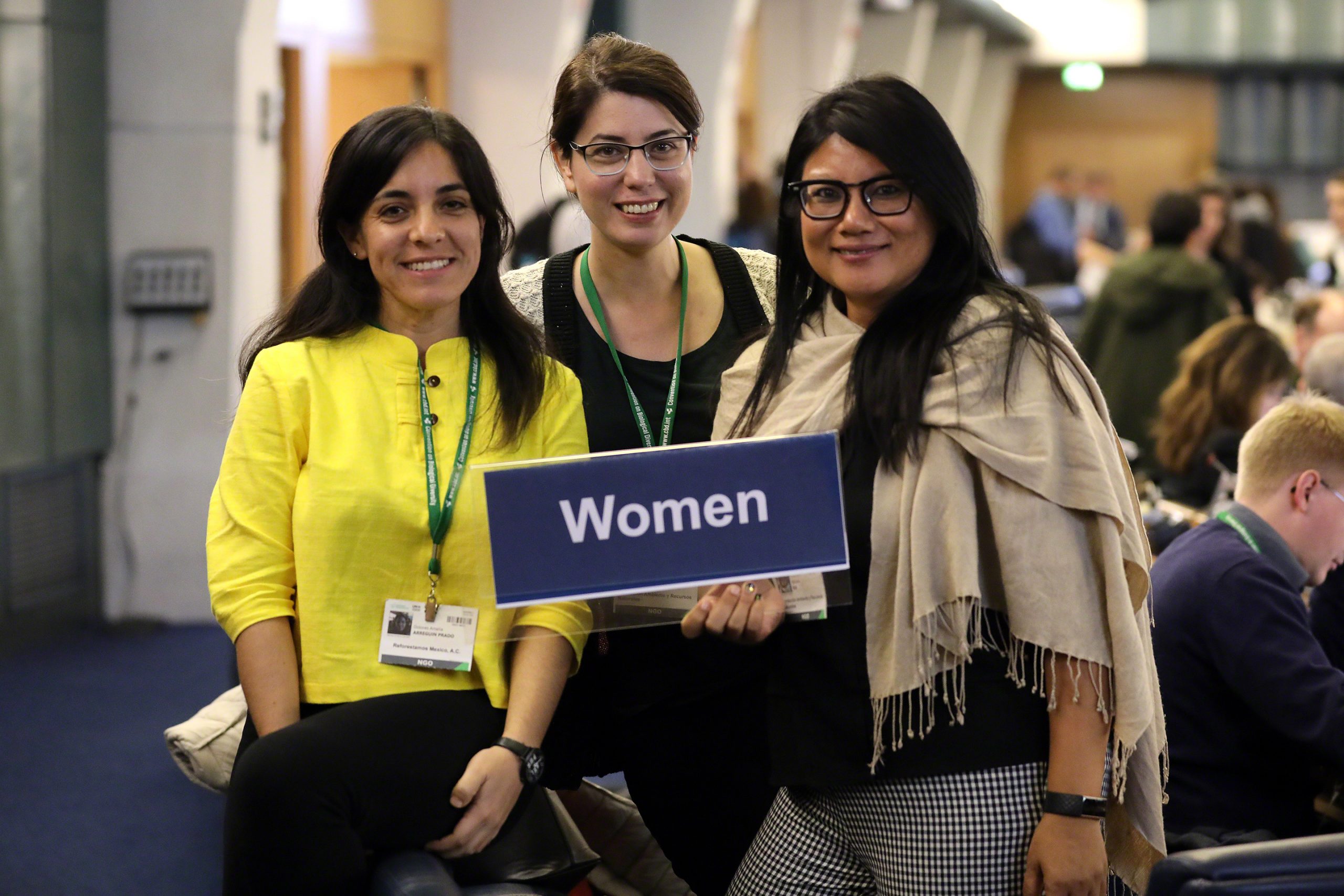 1.The ICCA Consortium’s delegation included Indigenous and community representatives from several Members and Honorary members along with Secretariat support. Delegates from Nepal, Madagascar and Tanzania are pictured in the lobby of the FAO Headquarters, where the 2nd meeting of the UN Working Group was held © Ameyali Ramos Castillo.

2.View of the opening plenary as the 2nd meeting of the UN Working Group on the post-2020 global biodiversity framework begins on 24 February in Rome © IISD/ENB | Mike Muzurakis.

4. Delegates from the Global Youth Biodiversity Network meet with the CBD Executive Secretary, Elizabeth Mrema, during the 2nd meeting of the Working Group © GYBN.

5. Delegates from the Women’s Caucus (including Honorary member Mrinalini Rai, right) during the 2nd meeting of the Working Group negotiations © IISD/ENB | Mike Muzurakis.

For more information about the 2nd meeting of the CBD Working Group on the post-2020 global biodiversity framework, please see:

Featured image: The Coliseum stands resolutely on the eve of the OEWG-2 negotiations in Rome © Holly Jonas.